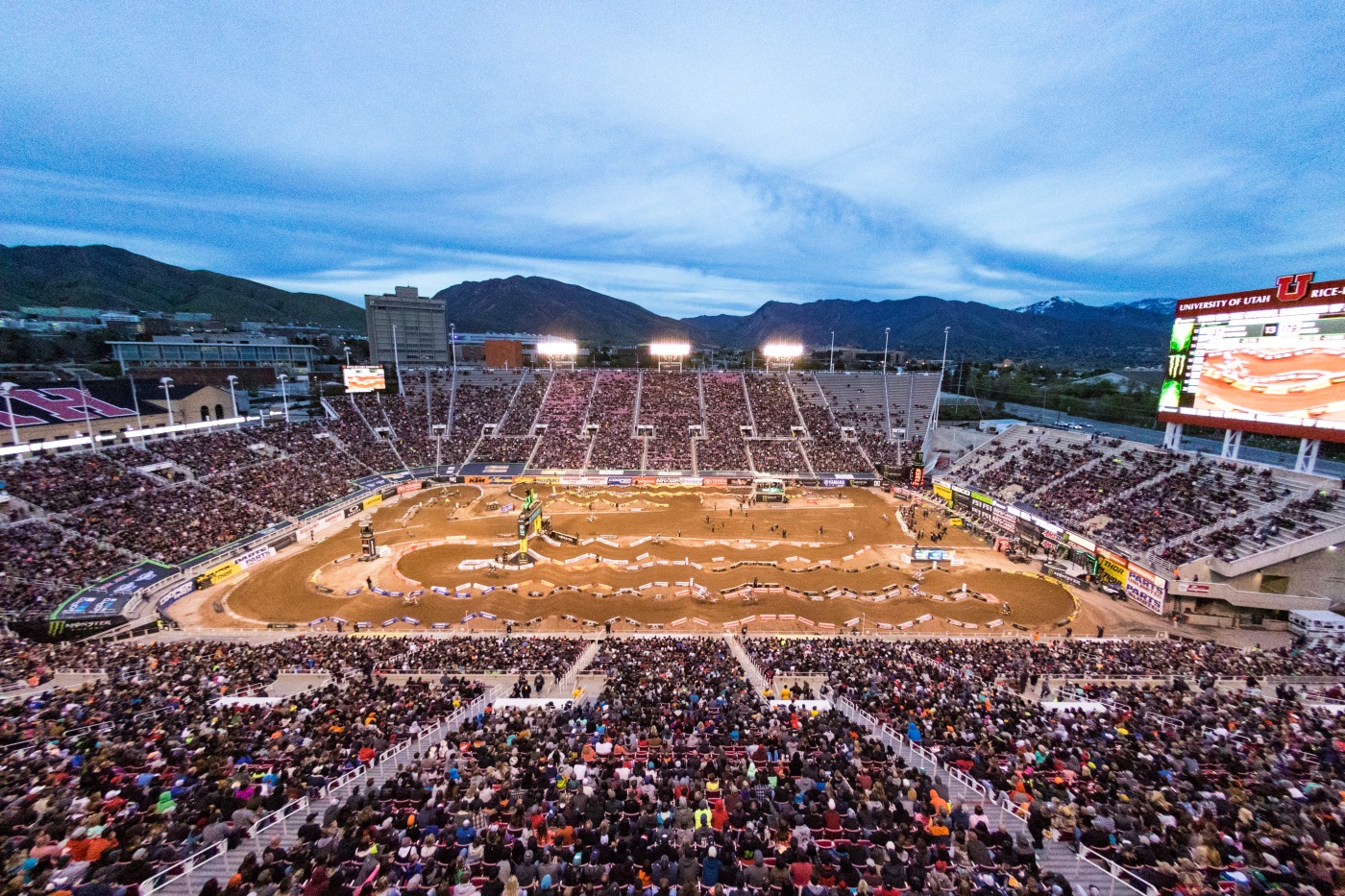 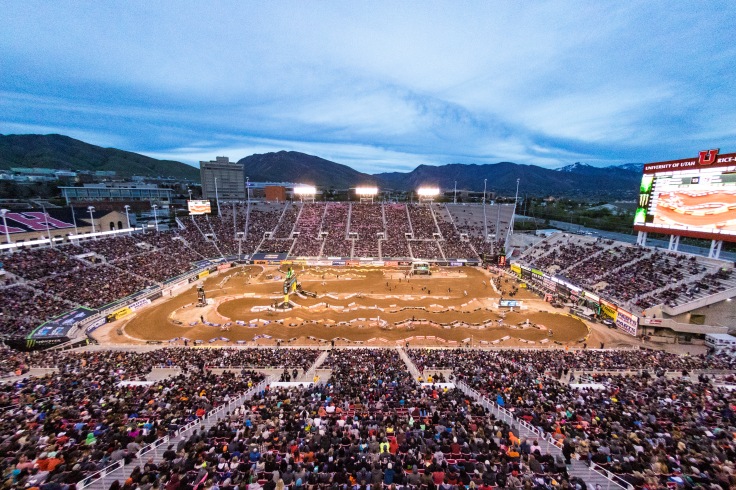 So if you live under a rock and didn’t catch the last round of AMA Supercross in the city of Salt, well then, you should just quit watching.  You missed the best race of the season.  I have been an avid fan of SX racing for over a decade, truth be told I have always been a fan but lacked the ability to follow it like I can now.  Within that decade I have never seen anyone ride a motorcycle like I did Saturday night at Rice Eccles Stadium (best stadium).

Eli Tomac son of the legendary John Tomac, was on straight rails.  Dungey, pronounce “Dung-E” thanks ellis, and Tomac were lined up in the second heat of qualifiers and put on a show.  Battling the entire track, and lap by lap Tomac was getting better, but the Dung would hold on and cross first.  With the points laid out the way they are, each one of these rounds is crucial heading into Vegas in two weeks, So Dung could breathe a bit easier heading into the high elevation main event.

Lights were ok, and the title would be crowned, but honestly, the track was a bit much for the 250s.  Jumping through the whoops made the race look slow, and I lost interest.

Gate drops for the big boys and instantly I am scrambling to find ET, eventually finding him about 5th from being last.  Ugh.  I just wanted to see a good race.  Glancing around to find another one of my favorite, former BMX racer Christian Craig and his current placement also irrelevant as the Dung takes over the lead.  Now don’t get me wrong, I love the Dung, he is a machine and the consummate professional which I appreciate, I just want to see a good race. Well, Eli isn’t one to disappoint.  Head up, body forward,  and never letting off the throttle ET chipped one rider off after another and soon found himself in 2nd with about 5 minutes left.  He went to work again, giving a clinic in the whoop section.  From my vantage point it looked like he grabbed a massive grip of throttle directly before the first roller and went through them so much faster than any other rider, gaining on the Dung each time.  He would catch up and choose the inside line heading into the corner after the whoops and make the pass.  He was gone.

I have to say that these two are putting on quite the show and what I admire most of these two is there is the respect.  Its not a heated, drama filled show down as it was with most of the time with that one rider who chose not to race this year because he is a gigantic pansy, yeah Bubba, you.

Looking forward to the last two races of the season, either way it shakes out, Im stoked it wasn’t a runaway season for anyone.